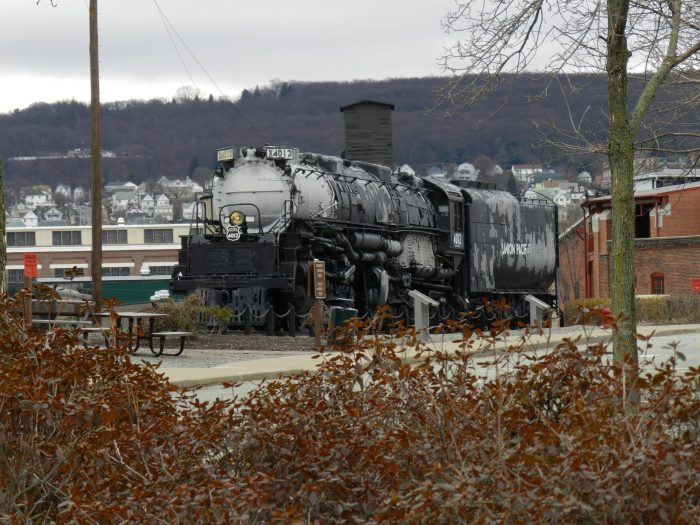 By: Jeffrey Reichert
It was the early 1950’s and the United States was still reveling in a tide of good morale that swept the nation following the second world war. The troops were finally home and the country had pulled through one of the toughest half-centuries on record, surviving the horrors of the Great Depression and two world wars. Finally, America was feeling the warmth of a new era upon its’s weathered face. During the dawn of this new era, troops returned home and went back to work and, in doing so, infused the manufacturing segment with fresh talent and ideas. It was during this time that American manufacturer’s interest in gas turbines peaked. Manufacturers were testing their usability in nearly everything including race cars, passenger buses, farm tractors, freight trains and even semi trucks. The concept of turbine power was already a reality in the form of prototype vehicles when President Eisenhower spurred manufacturing by signing the Interstate Highway Act of 1956. With this new highway system being built, manufacturers were racing to find more powerful, more efficient, and more reliable power sources. The gas turbine offered big advantages in these three key areas and seemed to fill the bill perfectly for manufacturers.
Turbines offer a high power to weight ratio, few moving parts, and the ability to burn nearly any combustible fuel. These advantages made them a perfect choice for aviation applications in either a turbo-shaft version for helicopters or a turbofan version for jet planes. The same traits that made turbines perfect for aviation made them attractive for use in a variety of land obliged vehicles. The most successful marriage between turbines and land vehicles was realized in the electric railroad locomotive. Turbines were already being mated to electrical generators to power major American cities when the idea was scaled down and installed in a freight train. As an informed reader of Vintage Machinery Lovers, you probably already know the gas turbine idea didn’t take off in other segments like manufacturers had hoped, however in the case of trains they were implemented successfully on the Union Pacific Railroad line which operated a fleet of 55 GTEL’s (Gas Turbine Electric Locomotives) for over two decades. 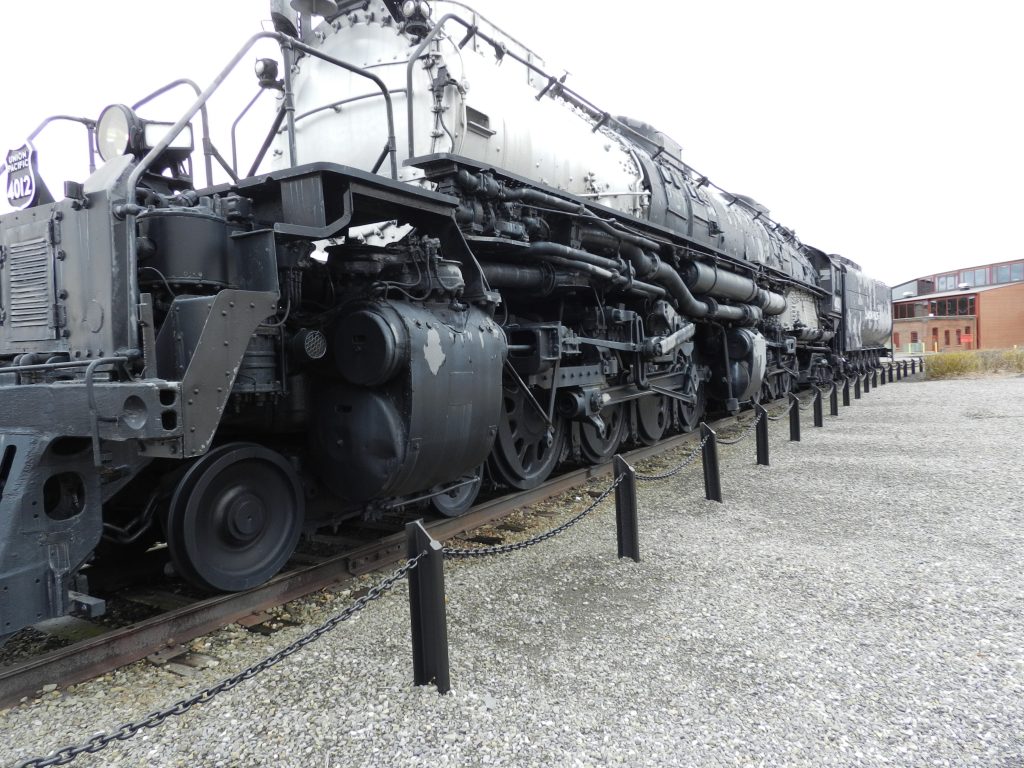 Union Pacific has always had a reputation for needing big power for its steep grades and remarkably heavy trains on its western lines, and the turbines were no exception to this. Union Pacific utilized the 4000 series Steam Locomotives prior to the GTELs. The 4000 series engines were referred to as “Big Boys” and were a remarkable feat of engineering in their own right. 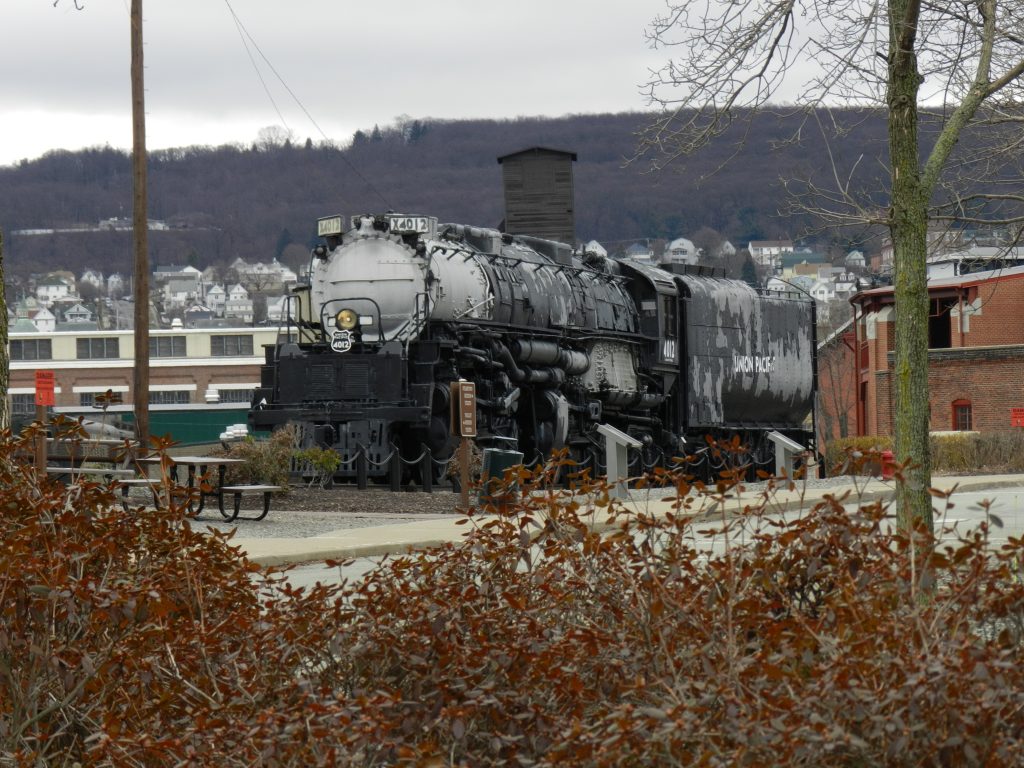 The “Big Boys” weighed over 1 million pounds, and according to the American Locomotive Company developed 7000 Horsepower. I only mention these titans of steam power to give you a sense of the immense challenges turbine power was tasked with in its service on the UP rails. The turbines did prove themselves worthy and Union Pacific developed and operated locomotives as large as 8500 horsepower which fittingly were dubbed the “Big Blow” engines. The eventual demise of the GTEL design was brought on by a multitude of factors, among them was the unbearably loud exhaust noise, high rate of fuel consumption, and ever improving diesel engine design. By the late 1960’s when the GTEL’s were pulled from service, oil prices were rising and new diesel engine technology made diesel power more efficient and desirable than ever.

While turbine power saw its biggest victories in the form of locomotives there were many other applications that were tested for this type of engine that never saw the same success. If you have gotten the chance to read our story on the silverside bus, you have likely already figured out that we here at Vintage Machinery Lovers are sweet on bus history. So we felt compelled to include one of the coolest, but least successful, prototype turbine vehicle platforms. Yep, you guessed it, passenger buses. 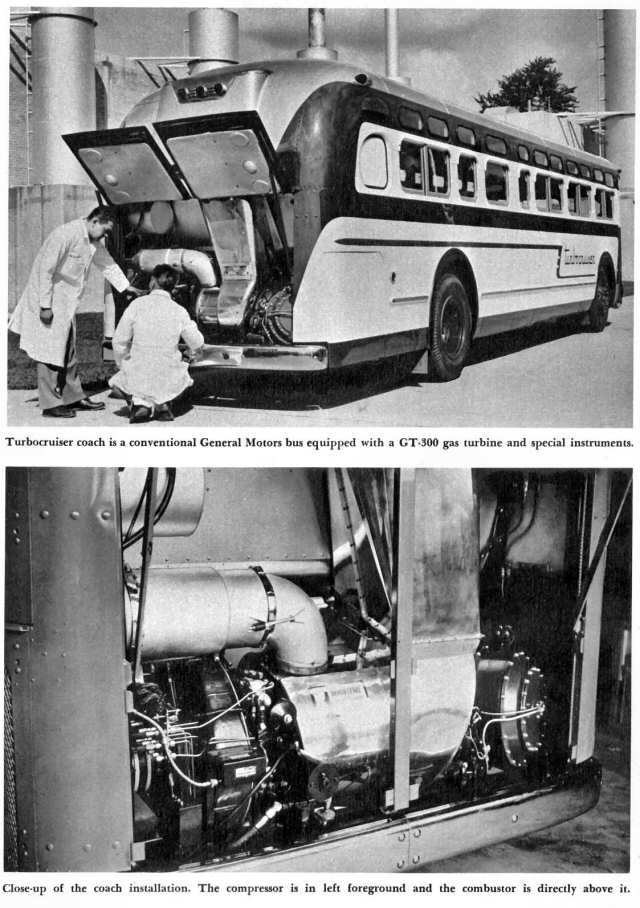 In 1954 General Motors built a rear turbine powered bus that was officially known as the Turbocruiser 1. The original Turbocruiser utilized a stock TDH-4512 chassis, and it was reported that testing was so successful that General Motors actually expanded the design, building more experimental buses based off of the more modern TDH-5303 chassis, these were known as the Turbocruiser 2-5. None of these buses ever made it past the experimental phase, and none are known to still exist. These buses were tested and well received but just like Union Pacific’s GTELs the design was scrapped due to rising fuel costs. Most operators also felt the design was unproven and ahead of its time. GM didn’t develop the only turbine-powered bus during this time, in fact, an Italian company by the name of Viberti built a 400 Hp turbine powered bus that advertised a cruising speed of 125 MPH. Unfortunately, neither company was able to popularize the design enough to make it viable. Regrettably not much is known about either bus as they never made it past the experimental phase.
The mid-fifties didn’t only see buses screaming down America’s highways powered by turbines. The highways also served as a witness to extensive testing of turbo-shaft powered semi trucks. Freightliner, Kenworth, Ford, Mack, International and GM all had heavy trucks on the road in development. Meanwhile, companies like Cummins, Detroit Diesel, Ford, and Garrett were developing their own gas turbines. The turbine was a perfect match for long haul trucking on paper, as cross country hauling would allow the engine to maintain nearly full speed for extended periods of time. This, in turn, would substantially improve the overall efficiency of the vehicle.

The turbine also offered substantial weight savings, when compared to the heavy inline six diesel design that dominated the industry. Another advantage of the design was the incredibly high torque output and much higher horsepower. For example, the experimental turbine powered 1972 Mack utilized an ITI turbine power plant that reportedly produced 550 Hp. In comparison, the diesel production version offered a 797 Cubic Inch V-8 Diesel that offered 440hp. During testing, major disadvantages began to crop up. The design suffered from dismal fuel economy, and just like the experimental buses, most drivers felt the design was unproven, and the unconventional engine would prove hard to get serviced. We will never know if they would provide a successful alternative to diesel powered trucks or not as the idea was permanently mothballed shortly after it’s inception.
On a more successful note, the late 1960’s brought with it Don Grantanelli and his game-changing “Whoosh-Mobile” to the Indianapolis 500.

Don spent three years developing a side engine, monocoque design that utilized all wheel drive and offered blinding speed thanks to a 550 HP, Pratt & Whitney, helicopter engine. In 1967 the turbine qualified 6th in the 500 with the great Parnelli Jones at the wheel. Parnelli would start the race in 6th but wouldn’t stay there long, as the turbine spooled he took the lead and it was all “Whoosh-Mobile” until there were only 3 laps left in the race. When Parnelli rounded turn four, disaster struck, a $6.00 bearing failed in the transmission, causing the car to lose power to the wheels. After the devastating loss, the race sanctioning body changed regulations on air intake size, effectively neutering the turbines. The 1967 “Whoosh-Mobile” had changed Indy forever. The cars unique design had proven itself superior and had come so very close to victory.
Race cars, semi trucks, locomotives, passenger buses and yes even production cars dabbled with turbines. Big name manufacturers like Lotus, Chrysler, and General Motors all produced cars with the space-age engine. Chrysler came closest to full production when they produced 55 of the turbine cars.

They then loaned the cars out to more than 200 interested customers who logged more than a million collective miles on the cars. Chrysler eventually abandoned the project and recalled, then crushed 43 of the cars. While the cars never reached full production status, they came closer to that fame than any other turbine powered car. The Chrysler’s were notably well refined, easy driving manners, good power, and a comfortable cockpit were common praises of the cars. The Chrysler turbine car was the finest example of a refined, well-engineered, and viable incarnation of the gas turbine power plant.
At this point, I’m sure you have read the word turbine more times than you ever cared to. However, this is a topic that this brief bit of writing does not even come close to encompassing. If you care to learn more, John Mortimer’s book “The Nearly Engine” is a wonderful read. His book covers this topic in much greater detail. If you wish to learn more, this is the first place I would go.